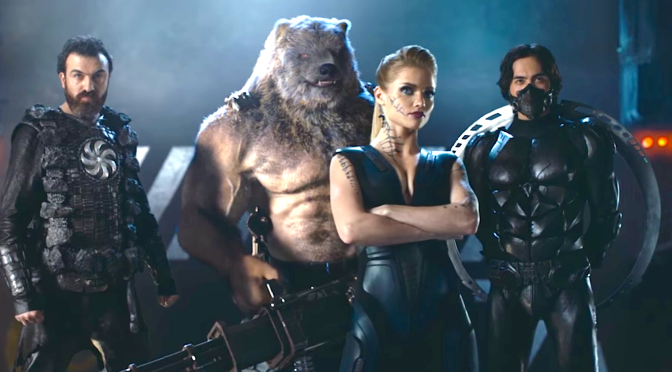 So far, most if not all superhero movies I’ve seen have originated from the US. Directed by Sarik Andreasyan, Guardians is a Russian addition to the genre and the following trailer has me quite intrigued…

Generally speaking, I’ve grown fatigued of the superhero movie genre. However I want to know just how different this will be compared to the American superhero movies I’m used to.

So far, Guardians looks like a cross between X-Men and The Avengers. Perhaps any difference won’t matter so much, as long as the movie is good – because either way, true fans of the genre are going to have a good time.

One thought on “GUARDIANS (2017): New Trailer For Russian Superhero Movie”