Ghost Stories is about Professor Phillip Goodman (Andy Nyman), a sceptic that embarks upon a terror filled quest. A quest that leads him to a long lost file containing details of three cases of inexplicable ‘hauntings…’

This well-made trailer has me interested, especially since no definite nightmare inducing visuals were shown. On the other hand… this is only just the teaser trailer; so…

In Winchester – The House That Ghosts Built Helen Mirren is an eccentric firearm heiress who believes that she’s being haunted by the souls of people killed by the Winchester repeating rifle. Jason Clarke and Sarah Snook also star while Peter and Michael Spierig write / direct…

For some reason it crossed my mind after watching this trailer that there maybe an interesting twist in this story. I’m interested because it’s Helen Mirren and I’m hoping that the horrors are more like those in Crimson Peak (2015) rather than something that will induce nightmares for me. 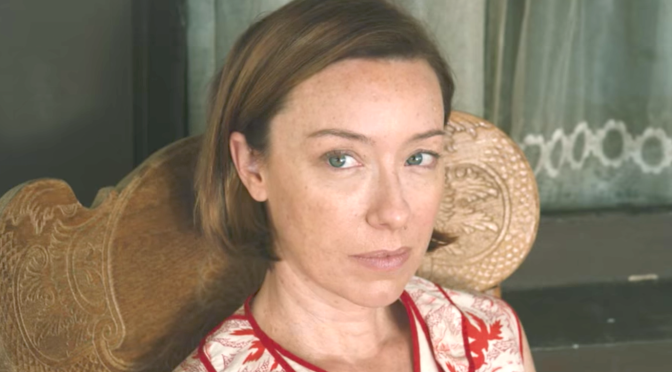 Thomas Jane, Molly Parker and Neal McDonough are the stars of 1922, another Stephen King book-to-movie adaptation. Set in 1922, Jane plays a simple yet proud rancher who conspires to murder his wife for financial gain and convinces his teenage son to participate…

I want to watch this one, especially to see the teenage son’s emotional journey. All I have to do before then is get over my intense dislike of the vilest of rodents; particularly since you would have noticed, they feature quite prominently. If they weren’t already enough put me on edge, the music in this trailer also plays its part.

In Gerald’s Game, Gerald and Jessie are a middle aged couple trying to spice up their marriage in their remote lake house. Unfortunately for them, things really don’t go according to plan. Directed by Mike Flanagan and based on the novel by Stephen King, Carla Gugino, Bruce Greenwood and Henry Thomas star…

This is probably just the kind of thing that my over-active imagination would conjure up and help me foresee, before I’d even consider allowing myself to be handcuffed, given the choice. For a moment I thought the characters were actually having an affair. How much more anxiety ridden Jessie would be if that were the case.

I have to see this to find out how she gets out, especially assuming that she does it without anyone’s help.

You may know that horror is not exactly my favourite genre. However, you may not know that I’ve been trying to be less scared and take small steps towards not avoiding scary movies all together.

My recent change of heart was inspired in part by the fact that the trailer for the upcoming IT movie remake did not scare me at all. In light of this fact which some believe to be surprising, I opted to watch the original IT TV movie which was released back in 1990. Now, I did watch it in broad daylight instead of late at night. Nevertheless, it’s no news to me that I wasn’t at all scared.

I’m certain that my lack of fear when it comes to scary looking clowns stems from the fact that, even when they have big, sharp yellow teeth, I just see them as people that make balloon animals to put smiles on little kids faces. Maybe if IT’s costume wasn’t so bright and colourful, I might be horrified. Or maybe I find there to be greater horrors in the world. Whatever the answer, I’ve come to the way of thinking that people who are scared of clowns are those who developed a fear of clowns at a young age. Whether it be from watching the original IT movie or simply just never liking clowns to begin with. It’s likely that had I watched IT when I was a relatively young child – one who saw those sharp clown teeth close-up, perhaps I’d have a reasonable fear of clowns too.

As for what I think about the movie, to begin with, I found the kid actors to be more convincing than most – if not all of the adults. Maybe it’s a style of the time but I certainly wasn’t a fan of the ‘extreme overacting’ several of the adults appeared to be guilty of. Second, this is likely also due to that period in time, but… my goodness, all that seemingly ceaseless panning of the camera sure did become annoying. Third, the story appeared to move at quite a slow pace but then finally, the entering of the sewer happened and I was very much awake; though I must add, still definitely not scared.

Regarding the things that stood out in a good way, it was so great to see a handsome, young John Ritter. He’s the only person I immediately recognised. He therefore helped put me at ease in terms of me feeling as though this movie was worth sticking with. Overall, my favourite moment in the film is when a certain someone gets sucked into the tube of light, butt first. I enjoyed that moment and found the way it was executed to be somewhat hypnotic. Lastly, I really like what Stephen King’s IT has to say about fear and how it’s you who gives it power and as such, you can choose to not let it control you.

In summary, if seemingly ceaseless panning, some serious overacting, sharp yellow clown teeth and a relatively slow pace at the beginning don’t scare you off, tune in to IT. It is a classic after all.

Co-written and directed by Yorgos Lanthimos, The Killing of a Sacred Deer stars Nicole Kidman, Colin Farrell, Alicia Silverstone and Barry Keoghan. At the heart of the story is a charismatic surgeon who’s forced to make an unthinkable sacrifice after his life starts to fall apart and  the behaviour of a teenage boy he has taken under his wing turns sinister…

I remember enjoying The Lobster (2015), – the last Yorgos Lanthimos movie I watched. Therefore, I’m thinking and hoping  that  this is unlikely to disappoint. There’s also the wonderfully full beard that Colin Farrell is sporting. I at least need to look at that a little more. 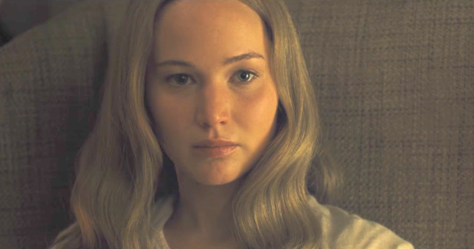 Written and directed by Darren Aronofsky; Jennifer Lawrence, Javier Bardem, Michelle Pfeiffer and Ed Harris are the stars of Mother!, a mystery / horror film about uninvited guests that disrupt a couple’s tranquil existence…

I will be brave enough and see this because a part of me wants to start liking scary movies – and I love all the film makers involved; Lawrence and Aronovsky because of everything they do, Bardem because of Skyfall (2012), Harris because of The Truman Show (1998) / A History Of Violence (2005), etc., etc…

I also wouldn’t mind hearing more of the beautiful / haunting music in this trailer.

Co-written and directed by Dan Bush, The Vault is a scary movie / thriller about two estranged sisters who are forced to rob a bank in order to save their brother. Starring James Franco, Taryn Manning and Francesca Eastwood, what the sisters don’t know is that very little will go according to plan…

I’m likely to give this scary movie a chance because of Franco. I don’t watch horror films often enough to really know for sure but it appears as though horror is becoming a genre that mainstream movie stars are more and more interested to work in. Fingers crossed that this one is great. I’m going to admit that a small part of me is intrigued because of Franco’s moustache…