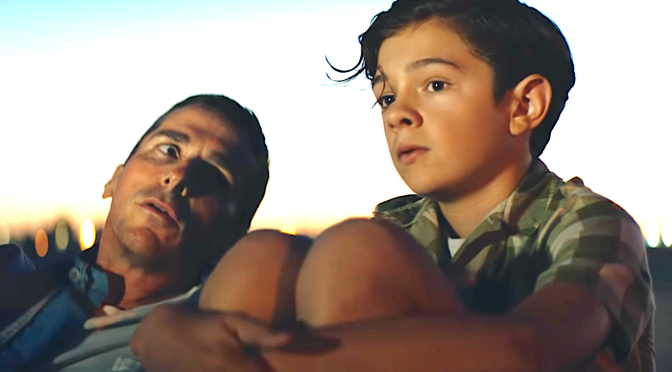 Director James Mangold’s action/drama about the battle between car manufacturers Ford and Ferrari to win Le Mans in 1966 is a movie I’m glad to have finally watched. Especially considering that post-viewing, I don’t have anything negative to say about it.

Starring two of my favourites, Christian Bale and Matt Damon, it’s ultimately the verbal gymnastics in Ford v Ferrari that I enjoyed most. The well-written dialogue between the key characters resulted in plenty of entertaining testosterone, ego and passion-fuelled wordplay.

Additionally, there’s the beautiful friendship between Damon’s Carroll Shelby and Bales’s Ken Miles. And lest not forget the high adrenaline, edge of your seat and excellently captured driving footage.

Mangold’s ensemble cast which includes Jon Bernthal, Caitriona Balfe and Noah Jupe is fantastic. As are the several standout scenes. Including the all-important meeting with Enzo Ferrari.

If you haven’t already, watch Ford v Ferrari because you too may just find yourself with the words, ‘Well, that was super badass and sexy’ escaping your lips.