Directed by Josh Trank; Tom Hardy, Kyle MacLachlan, Matt Dillon and Linda Cardellini are the stars of Capone, a new crime / thriller based on the notorious American mobster Al Capone.

At the age of 47 after spending 10 years in prison, Capone starts suffering from dementia and finds himself haunted by his violent past.

I’m in for a good Hardy performance, and with all those prosthetics he has going on, it’s just as well that I don’t only watch Hardy movies because of his undeniably handsome face.

Knowing that Tony Montana of Scarface (1983) was inspired by the real life story of Al Capone, I’ll have my eyes rested and ready to spot any similarities in the two films. Especially since before even know this truth for sure a few seconds before typing it, some images in this trailer already reminded me of moments in Brian De Palma’s famous classic.

Directed by Ruben Fleischer; starring Tom Hardy, Jenny Slate, Michelle Williams and Riz Ahmed, I’m not sure that the worst thing about Venom is the performances. For me, the key issues exist in three areas, the story editing / script, the final version of the fully formed CGI embodiment of Venom and Venom’s actual speaking voice, All these elements left me less impressed than I’d hoped to be.

To give an example of my issue with the story, I know that Brock, who later becomes Venom is supposed to be an antihero but because of his highly inconsiderate behaviour during the Colton Drake interview early on in the movie, I think I had trouble fully being on his side after that. I mean, he’s still the protagonist and I didn’t want him to get hurt; yet I was reasonably annoyed for his girlfriend. As a result, it wasn’t actually until the desperate scene in the restaurant that I was most moved; both by how helpless Brock seemed in those moments and by Tom Hardy’s arresting performance.

Along with a less cartoonish looking CGI version of Venom and Riot, I really did expect a far slicker execution from Marvel Studios overall; one where the finished product hit all the right notes in terms of what makes a good film and had me feeling like: ‘Yes! YES! I knew this would be good!’ instead of: ‘Yeah… it’s really not the best. What a shame.’

Watch it if you’re curious enough and if you’re a serious comic book fan, no doubt you’ll have a better time than I did.

For me, the title of ‘favourite superhero movie’ still belongs to The Avengers (2012).

Thanks to all the acting talent, editing and special effects, this trailer is a thing of beauty. One that probably brought a tear or two to the eyes of many a film lover. Probably.

I can’t wait to experience all that appears to be different compared to other Marvel movies.

I expect that this one will be at the very least good because of two things, Tom Hardy and Marvel 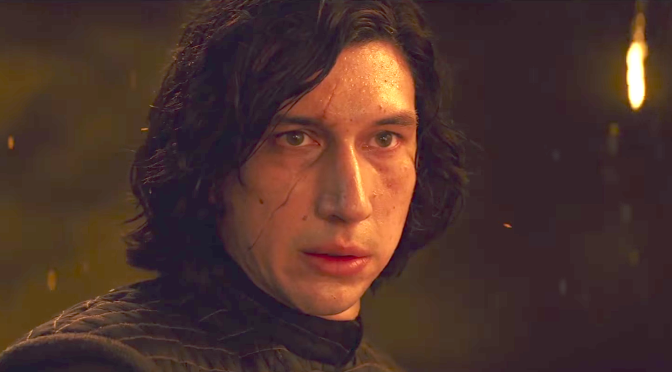 I still haven’t watched a single Star Stars movie but even I know that what happens at 2:03 is a really big deal.

The first trailer for Dunkirk, the new movie directed by the rightly celebrated writer/ director, Christopher Nolan has landed…

Generally speaking, war movies aren’t my favourite genre of film but I’ll probably try anything once if Nolan is at the helm. This teaser trailer is great tease for the first look. A look that left my heart was threatening to exit my chest by the end. Trailer one reminds me of what makes great trailers.

The stars of the movie include Nolan regulars Cillian Murphy and Tom Hardy. Then there’s Mark Rylance and Harry Styles. What a gift it must be for one’s first movie to be directed someone at the level of of Christopher Nolan. If I were in the position of Mr Styles,  I don’t think  I could ever get over such a thing regardless of how  small my part may be.

In telling the story of two of Britain’s most notorious criminals, the Kray twins, the combination of all the characters, dialogue, music and cinematography of 1960s London did an adequate job of keeping me engaged.

Besides Tom Hardy who is, shocker, not shocker, just brilliant in his task of portraying both Reginald (Reggie) and Ronald (Ronnie) Kray, another big draw for me was the delightful britishness of the humour in Legend.

Prior to this movie, my main experience of London’s east end gangster / criminal world is Lock Stock & Two Smoking Barrels (1998). The pace and rhythm of that movie is one of the best things about it. In comparison to Legend, granted the period in time is quite different, but I did find myself wanting for things to move along a tad quicker.

Each time the two brothers were on screen at the same time, those were the most engaging moments and not just because I was curious to see how well director Brian Helgeland handled the reality of Tom Hardy essentially ‘talking to himself.’

Ronnie and Reggie’s sibling bond and the dynamics of their relationship is  the most interesting aspect of this story. We get to experience and witness this bond in Helgeland’s movie, but I’d have loved for more of the film to be dedicated to the story of the brothers, perhaps as young boys/ men. I found myself wanting a clearer picture of more of what it took to create the reality that became their lives. Without the look back, the story felt incomplete to me.

In my fantasy of this movie, I’d say, either split the story of the Kray twins into two films, or forget about the relationship between Reggie and Francis, It’s boring – and instead focus on the most important love affair instead, the one between the two brothers. After all, it is the thing that ultimately decided their fate.

I don’t think that Legend is a bad film. It just simply left me wanting more than I would have liked. Watch it for the Tom Hardy excellence.