Stockholm is the the strange but true story of the infamous 1973 hostage crisis in Stockholm, Sweden. The very one that gave rise to the psychological phenomenon known as ‘Stockholm syndrome’.

I’m interested in the humour in Hawke’s performance and Rapace’s character’s emotional journey. 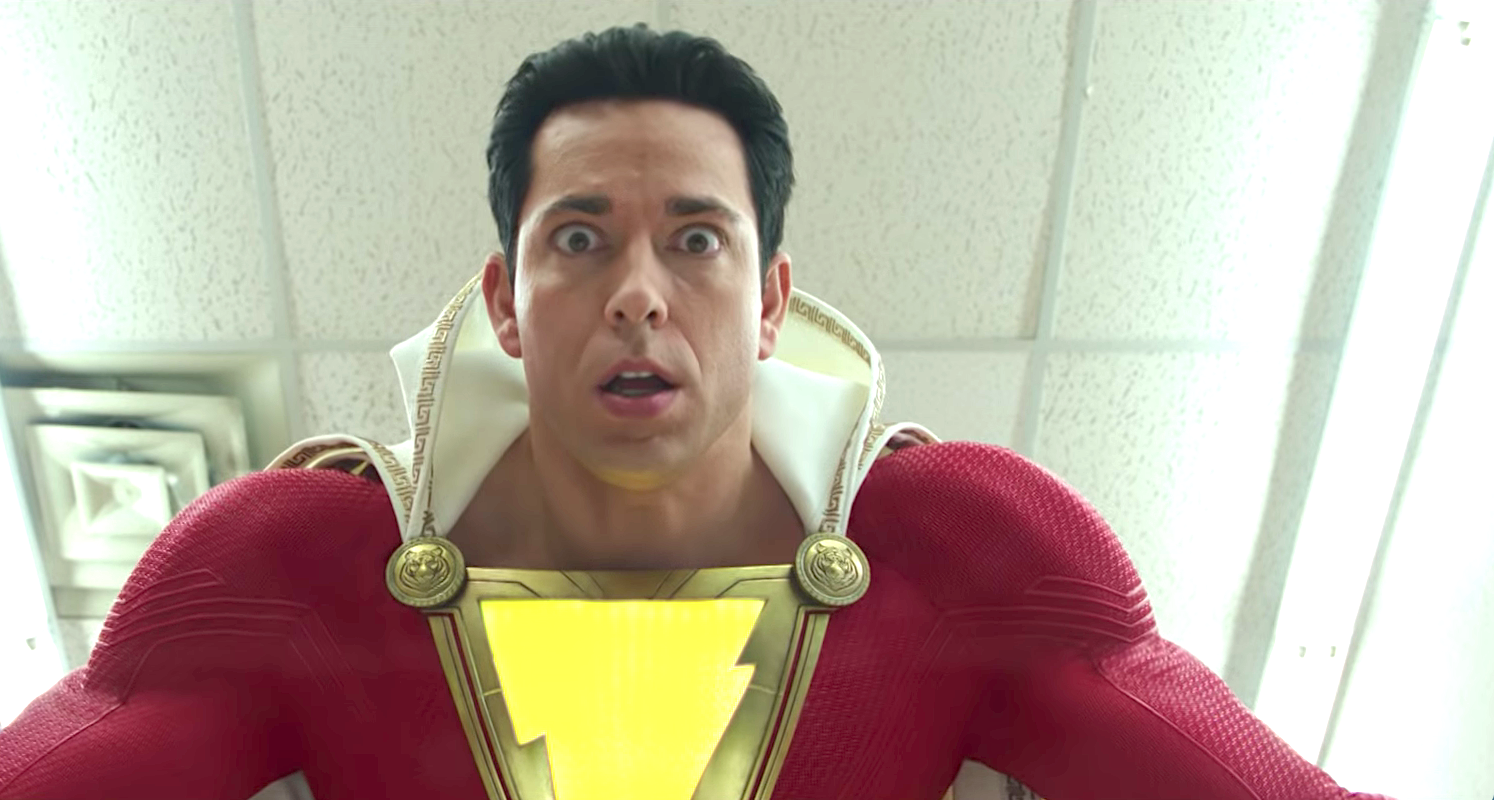 With a single magic word (Shazam!), a boy is given the ability to become an adult superhero in times of need.

This may just be the next hit superhero movie from DC Comics (after Wonder Woman (2017). I’m in for this reason, the humour and to possibly see a version of my own superhero fantasies played out. I’m already liking  the on-screen chemistry between Asher Angel and Jack Dylan Grazer.

The Catcher Was A Spy is the story of a man in the midst of a double life; working both as a major league baseball player and a spy…

I don’t know about you, but I haven’t yet encountered a serious, non-comedic Paul Rudd movie that has me excited enough to see it; so deep is my appreciation of his comedic work. Unlike Steve Carell and a few other actors known first for comedy, I’m just finding it hard to make the shift from a funny Rudd to a serious Rudd. I think it’s going to take a film I simply can’t ignore for me to transition. Will The Catcher Was A Spy be that movie? I’m not quite sure yet but I wish.

This is  probably unsurprising since Kingsman – The Golden Circle is a sequel but I did not enjoy this movie as much as the original. In director Matthew Vaughn’s sequel, the Kingsman head offices are blown up and the kingsmen must team up with an allied spy organisation in the US.

Not that Kingsman – The Secret Service (2014) was super realistic, but something about this follow-up felt quite ridiculous. Starting with the opening scene; somehow it just didn’t feel as thrilling as I’d ordinarily expect. Part of the problem is that I found myself immediately disappointed with the story’s choice of villain, the one we meet in the first few minutes. There’s also the fact that everything happened so suddenly in the first few minutes, whereas I somehow wanted or perhaps expected to be eased into the action, as odd as that may sound.

This movie has one or two fight sequences that harked back to the first film. These scenes played a little too ‘the same’, for my liking. In this way they reminded me of part of the reason why Quantum Of Solace (2008) was such a terrible follow-up to the brilliant Casino Royale (2006). It tried too hard to almost repeat so much of what worked so very well in the first movie.

As for the matter of the main villain of vaughn’s movie, let’s just say that I have officially found a Julianne Moore performance I do not like. In the role of the villain, I did not fully buy into her evil. Is her face simply far too angelic for the kind of evil required? Maybe. What I know for sure is that I didn’t see it in her eyes or feel it through her words and I needed to.

Luckily, there is some good news here; namely the beautifully executed ‘singing scene’ towards the end. I was moved. Overall though, my favourite scene in this film has to be the ‘infiltration’ of Poppy’s compound. That’s the moment I saw a fight scene that truly felt as though it belonged to Kingsman – The Golden Circle. Rather than something borrowed from Kingsman – The Secret Service and as a result, felt quite tedious.

Watch it if you’re very curious. 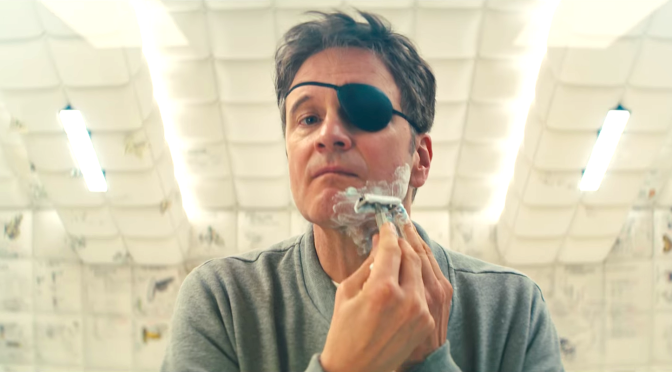 In Kingsman – The Golden Circle, the Kingsman headquarters are destroyed and the world is held hostage. Upon discovering an allied spy organization in the US. The two elite secret organisations must work together to defeat a common enemy…

Before the First Kingsman movie, Kingsman – The Secret Service, I mostly knew the film’s director Matthew Vaughn as an excellent producer to one of my favourite British directors, Guy Ritchie.Look at him now! I can’t wait to see what looks yet another very welcome and thrilling festival of style, action and adventure.

I don’t actually recall how things were left with Sofia Boutella’s very cool ‘Gazelle’ character in the first movie, but my hope is that this new instalment will be so good that I barely miss her, if at all.

Jamie Bell, Abbie Cornish, Mark Strong and Tim Pigott-Smith are the stars of 6 Days, an action movie about the day armed gunmen stormed the Iranian Embassy in London in 1980 and took all inside hostage…

I’m completely new to this story rather important and interested to see a 1980s version of London. 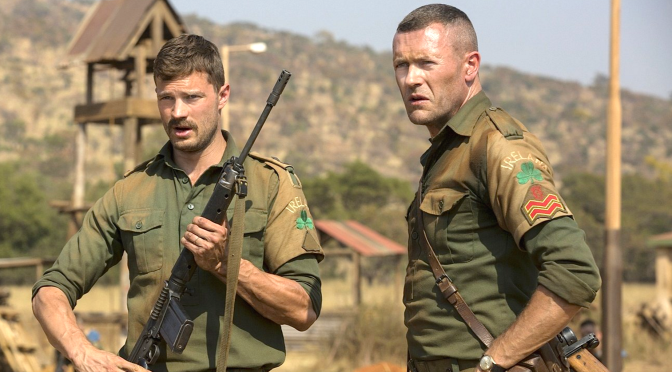 Until The Siege Of Jadotville, I’d only seen Jamie Dornan in one movie; the hugely successful but not particularly well regarded Fifty Shades Of Grey (2015). Since the latter film, I’ve been looking forward to finding out what else Dornan could do in front of the camera.

Directed by Richie Smyth and set in early 1960s Congo, The Siege Of Jadotville is based on the true story of Irish UN Commander Pat Quinlan and his leadership of 150 Irish soldiers against 3000 French and Belgian Mercenaries.

My enjoyment of this movie isn’t because I was blinded by the beautiful Irish accents. The entire cast delivered good performances and there’s a beautifully tense scene at a bar quite early on. There’s also the cinematography and how well director Richie Smyth and his team rose to the challenge of capturing military combat.

By the end of the movie, I was left inspired to fight my corner when necessary, happy to have found my favourite Jamie Dornan movie to date and reminded to be careful of underestimating my opponents, however in my favour the odds may appear.

Watch The Siege Of Jadotville which also stars Jason O’Mara, Mark Strong, Danny Sapani and Sam Keeley- to name just a few because there’s is more to enjoy than just the lovely Irish accents. 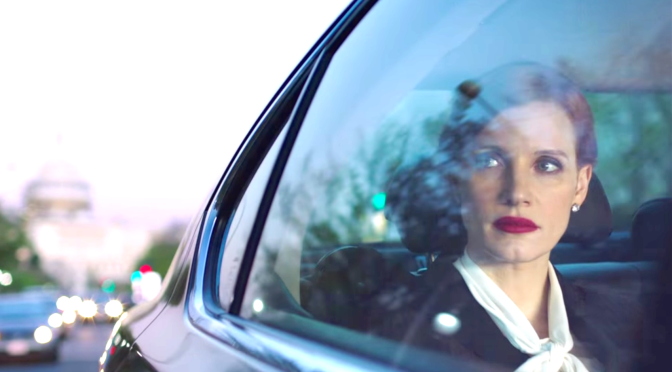 Miss Sloane is the story of an ambitious lobbyists’s efforts to pass gun control legislation in the United states. Starring Jessica Chastain, Gugu Mbatha-Raw and Jake Lacy, the movie is directed by John Madden of Shakespeare In Love (1998) and The Best Exotic Marigold Hotel (2011)…

I was really wanting to be more excited about this film after learning of the subject matter but this trailer doesn’t have me as desperate to see the movie as I’d hoped. I hope my lack of enthusiasm will be proven misplaced. Maybe it’s the knowledge that there’s currently very little, if any success in the US where gun control legislation is concerned.

I can’t help but wonder about that time in the future when a movie like this will be based on a true story and the result will be a very welcome change for everyone who knows that they way things currently stand isn’t good enough.