In new action / mystery The Rhythm Section, Blake Lively is a woman determined to seek revenge against the people behind a plane crash that killed her family.

Both Peppermint (2018) and Taken (2008) came to mind as this trailer played. That’s precisely after the thought… ‘Is Blake Lively speaking in a British accent?‘ The answer is yes and my fingers are crossed that the end result is as thrilling as this trailer suggests. 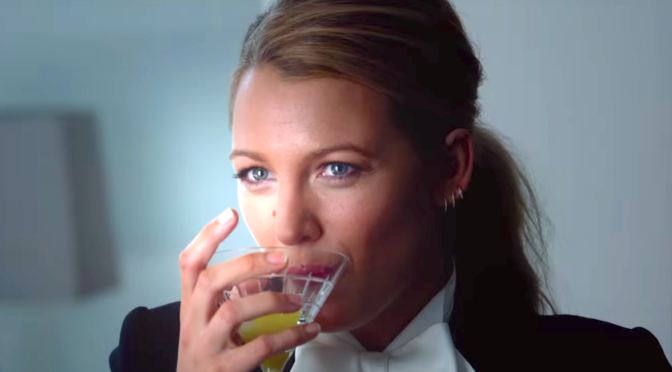 I only really know Feig for his hit comedy films. Namely Bridesmaids (2011) and  Spy (2015). May his transition to the non-comedy category also prove fruitful.

I  can’t say that I’m a fan of the various moments of ‘dialogue minus imagery’ in this trailer, yet I am intrigued and I like Lively and Kendrick enough to take a chance.

Read my review of A Simple Favor.

In All I See Is You, Blake Lively is a blind woman whose relationship with her husband changes when she regains her sight and discovers disturbing details about themselves. Directed by Marc Forster; Jason Clarke, Yvonne Strahovski and Danny Huston also star…

This looks like it could be Lively’s darkest role yet and that’s a prospect too intriguing for me to ignore. I also just want to know the nature of the ‘disturbing details’ discovered.