All about the the strange things that start happening to a bartender after he picks up a phone left at his bar, I found that things started to go wrong for me when Hammer’s character made / didn’t make a decision that seemed so obvious to me. And because the rest of the story hung ever so loosely on his character’s decision – one that I did not buy, the film simply lost me and my trust.

In light of this, the real main issue with Wounds is that it barely makes sense. By the very end, I decided that Anvari’s movie is based on a script that needed much more work. Yes, there are moments that were well written and acted but the glaring gaps in the script were simply that, far too glaring.

If you’re a die-hard Hammer and Johnson fan, then sure give it a chance if you’re especially curious, and also if you don’t mind swarming bugs. I definitely watched the swarming bugs scenes through my fingers. Otherwise, it’s very much the tension in the first half of the film that’s most notable.

Have you seen Wounds, the film with the ‘very appealing’ name? Share your thoughts in the comments below.

I’m curious because I like the cast – but then there’s the bugs. The many many bugs and those flesh wounds – with bugs in them!

To clarify, my intention is certainly not to take anything away from Phoenix who I also appreciate, especially since his great work in Gladiator (2000). However, I just had to do the above because Ledger’s performance was pure magic and permanently fixed in my memory as one of the best performances I’ve ever seen.

I’m still definitely looking forward to watching this deep-dive into Joker’s journey, from failed comic to psychopathic murderer. Additionally, I actually can’t wait to compare both Phoenix and Ledger’s performances – just to see which I prefer. 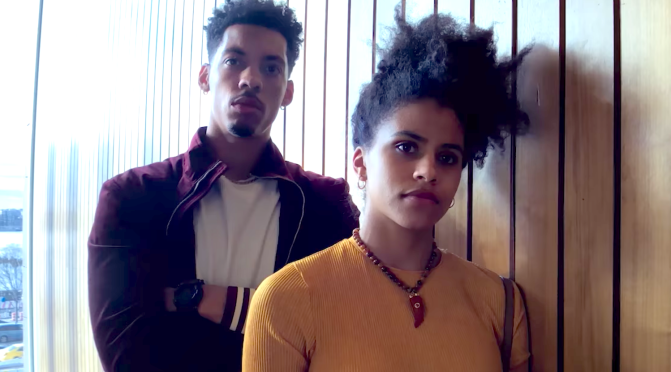 Right away, I like the rhythm and flow of this trailer edit. It’s giving me HBO’s Ballers vibes and a little hint of Entourage – another HBO show. I guess that’s why I first thought this was a TV series.

I want to see precisely what the intriguing yet controversial opportunity is and how far it gets. I also just really like the title, ‘High Flying Bird’.

Lastly, in reference to 0:19 in this trailer, when was it agreed that Basketball was the ‘sexiest sport?’ Surely football / soccer is the one.