The sequel to The Boss Baby (2017) is here, meaning the smart/adult-like, briefcase carrying baby who’s voiced by Alec Baldwin is back.

Also starring James Marsden, Jimmy Kimmel and Jeff Goldblum; in The Boss Baby – Family Business, the Templeton brothers are now grown up and have drifted apart. However, not if a new boss baby with a cutting-edge approach has anything to do with it.

I’m so glad to see Alec Baldwin back for this sequel. I’ve just recently finished re-watching his great work in 30 Rock. So I’m definitely in for this one. And it helps that the first Boss Baby movie was so imaginative and fun.

The fun trailer, ’being a fan of old school Jim Carrey’ and 90s nostalgia are the main reasons I was drawn to Sonic The Hedgehog; a story about a super fast alien hedgehog. One who must avoid government capture, with the help of a small town cop named Tom (James Marsden).

As director Jeff Fowler’s movie played, I soon realised that there are only really two things that kept me watching and somewhat enthused. The first is  Marsden’s character. I just generally enjoy Marsden’s roles. The second is Adam Pally as Wade. His dialogue reminded me of how much I really enjoyed his work as Dr. Peter Prentice on The Mindy Project.

I’m definitely not saying that any of the other actors were bad. It’s just that I didn’t find most of the story and particularly the dialogue especially inspiring or fresh.

As for Carrey’s role as evil genius Dr. Robitnik, it turns out that seeing Carrey play a character similar to the ones I used to enjoy watching him play back in the 90s felt far too ‘same old, same old,’ rather than exciting and fun.

I’m sure that fans of the Sonic The Hedgehog games will enjoy this movie that little bit more. Sadly for me, even with some good special effects, star power, and a few useful notes on loneliness and isolation, I didn’t find Sonic The Hedgehog to be as fun as I’d hoped.

Give it a chance if you’re especially curious. 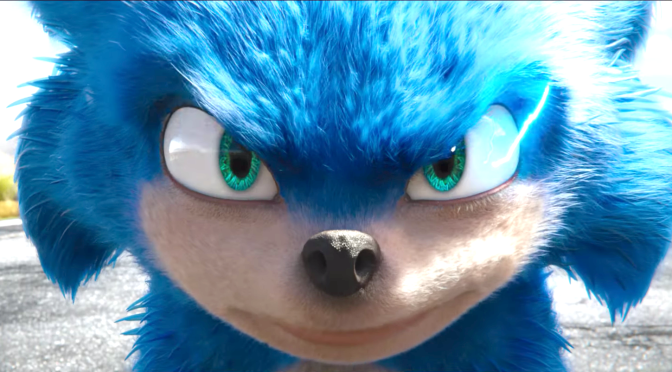 Read my spoiler-free movie review of Sonic The Hedgehog (2019).

Directed by Jeff fowler, Marsden plays the cop who’ll help Sonic escape government capture so that Dr. Robotnik (Carey) won’t get to do experiments on Sonic.

I really, REALLY enjoyed this trailer. I enjoyed it for reasons including the fact that the movie looks really fun. Then there’s that great 90s nostalgia which is topped very nicely with Coolio’s classic, Gangster’s Paradise.

Last but not least, I’m very excited to see Carey in a role that’s reminiscent of so many of his great classic works, many of which came out in the 90s.

On a side note, Is it just me who half expected Sonic to be voiced by Ryan Reynolds?

The chemistry between Mark Wahlberg and Denzel Washington is the reason why 2 Guns is quite the thrill ride.

Directed by Baltasar Kormákur, you’ll enjoy the the action, humour, the buddy cop dynamic and Bill Paxton’s intense and terrifying turn as Earl.

A very memorable moment is when Wahlberg’s character reveals who one of the bad guys reminds him of. I heard the words as I watched movie in the cinema/ theatre. The observation is so correct and well delivered that it stayed in my mind for the rest of the movie.

Watch it because it’s good.