I loved the first Tranformers film; the one that starred Shia LaBeouf and Megan Fox. The second instalment was so disappointing that I haven’t yet been able return to the franchise.

Maybe I’ll  watch this because of the special effects and Anthony Hopkins – but really, I think this may be a movie most ideal for those who love big fiery explosions more than the average amount – which of course is absolutely fine. 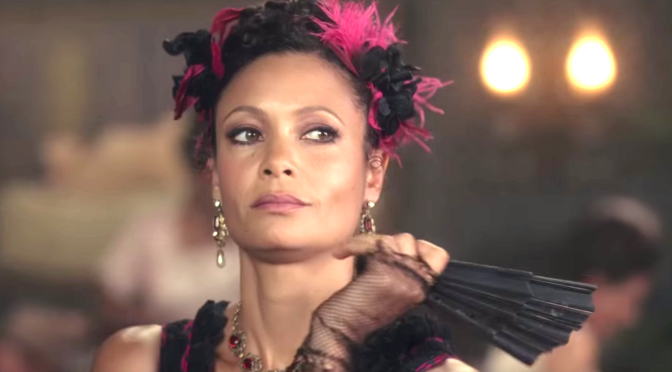 I’m not exactly the biggest  sci-fi fan but I’ve identified a number of reasons to get excited about Westworld. One of them is a cast list that includes well respected names like Anthony Hopkins, Jeffrey Wright, Thandie Newton, Ed Harris and Evan Rachel Wood. Another big reason is the writers who are husband and wife team Lisa Joy Nolan and Jonathan Nolan. That’s  Jonathan Nolan, brother to Christopher Nolan and co-screenwriter of some of the best action / sci-fi  movies of recent years; – The Dark Knight (2008), Inception (2010) and Interstellar (2014),  to name just three…

I’m already in love with  Westworld  because of the reasons above – including the trailer. Needless to say I’ll be tuning in.

I’m just hoping that when the time comes, the show will end in a reasonably timely manner. You know,  before it becomes annoyingly tedious and not very good… for example, as much as I don’t completely dislike Game Of Thrones, I feel as though it needs to be wrapped up already.

Westworld starts in October 2016 on HBO.