At the heart of new Garret Price directed documentary Love, Antosha is Anton Yelchin, the talented young American actor who died suddenly after a freak accident on March 11th, 2016.

Featuring interviews with  J.J. Abrams, Simon Pegg , Sofia Boutella, Kristen Stewart, to name just a few, Love, Antosha offers a portrait of the life and career of Yelchin. Exploring his successes and struggles so that viewers can know the extraordinary man the world was cheated from seeing grow old…

I’ll be watching this one because the level of upset I felt at the news of Yelchin’s untimely passing is something that took me by surprise. I really had to think hard about why I felt so deeply for the loss of an actor I hadn’t even seen in especially many films, let alone met.

I eventually concluded that there was just something about Yelchin’s spirit, his presence and the way he gave through his art. The vulnerability of the characters he played in the useful stories he chose to be part of. He really had a way of connecting with his audience through his character’s truth like no one else I’d seen.

In my efforts to come to terms with the great loss, I decided not to stay upset for too long, but instead to be grateful he was actually here at all. And like that I was able to smile. 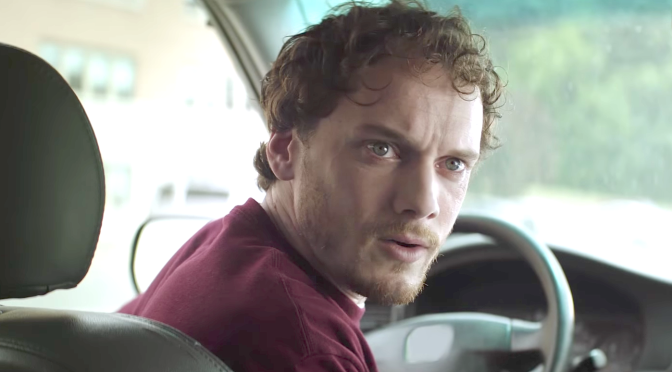 Starring Anton Yelchin, Olivia Cooke and Anya Taylor-Joy, Thoroughbreds is the Cory Finley written / directed thriller about two upper-class teenage girls in suburban Connecticut. The girls rekindle their unlikely friendship after years apart, so they can hatch a plan to solve both their problems-no matter the cost…

The plot for this movie reminds me a small amount of Sofia Coppola’s The Bling Ring (2013), a movie I did not like so much. Something tells me though, that this will be better. I’ll be watching because this trailer has promise and because I believe this to be the final movie starring the talented but unfortunately late Anton Yelchin.

In Rememory starring Peter Dinklage, Anton Yelchin, Julia Ormond and Henry Ian Cusick, a widow stumbles upon one of her late husband’s inventions; a device that’s able to record and play a person’s memory…

The plot of  Rememory seems a little similar to that of The Discovery (2017). I wonder which I’ll prefer. I’ll definitely be watching because I was a huge Anton Yelchin fan and it’s also great to see the talented Mr. Dinklage in a promising starring role.

I like my sleep far too much to watch most horror movies, but something about the new teaser trailer for Green Room, the latest film starring Imogen Poots, Patrick Stewart and Anton Yelchin might just be too intriguing…

I think I’ll be ok as long as Green Room is more thriller/ slasher horror than anything else. On a brighter note, how wonderful is Patrick Stewart’s voice?

I didn’t find myself particularly enthused after trailer one, on account of the peculiar music choice and me generally not being a ‘trekkie’ / massive Star Trek fan. However, trailer two is better and I’m certain  trekkies will likeit even more than I do.

Based on the work of real life social psychologist Stanley Milgram, Experimenter focuses on the 1961 radical behavior experiments that Milgram carried out, in order to test the ordinary person’s willingness to obey authority.

With  Peter Sarsgaard, John Leguizamo, Winona Ryder and Anton Yelchin as the leading cast, I’m excited to see  how this intriguing true story plays out.